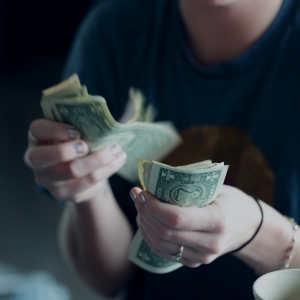 Salt, cheese, cocoa, and tea. Not just delectable on the tongue. At different points in history and place, each of these food items was … money.

‘Salary’ comes from the Latin word salarium, which means ‘salt money,’ for that was how Romans used to pay their soldiers and civil servants. The Aztecs used cocoa beans as money; they were more precious than gold. In China, Tibet, and Mongolia, tea bricks were a currency. And since 1953 in Italy, parmigiana cheese is … collateral!

Today the value of salt is, literally, ‘not worth its salt,’ and rare are the places where a round of parmesan is worth $350. Chocolate will soothe sorrows, not pay taxes. Tea and coffee will keep one warm, but will not settle utility bills. What then, is money? And who decides? Where did it come from? What is it for?

Money, in and of itself, is nothing and can be anything: a bean, a coin, a piece of paper. It can even be something abstract. Money is an item to which a group of people assign a certain value, then agree to use for three purposes:

A way to trade goods and services quickly, broadly, and efficiently.

A consistent means of understanding the value of things.

A way to hold and accumulate value over time for later purchases.

People, who choose to accept and use that money, or not.

Because before it existed, more than 3,000 years ago, humans relied on bartering to trade goods and services. Two dozen eggs for a sack of potatoes. Ten sacks of grain for a sheep. Transactions were slow, messy, and ineffective. As business picked up, they had to.

Certain easily identified goods, like animal skins, salt, and weapons, were introduced as a sort of currency; some standard medium of exchange. The unit values of this commodity money were still negotiable, but this transition eventually paved the road to metal money:

In 1,100 B.C., the Chinese, for convenience, moved from actual tools and weapons to miniature replicas cast in bronze. Those, in turn, proved prickly and dangerous. Thus, they were recast into a more convenient shape: a circle. They heralded the first coins.

Coin money was born in 600 B.C., in Lydia, now part of modern Turkey. The currency, the first in history, increased the empire’s trade and made it one of the richest and most powerful nations in the world.

And though paper money existed in China as early as the seventh century, it was not printed in Europe until 1661, in Sweden.

virtual currencies and contactless payment wristbands. As for tomorrow, who knows.

Maybe, maybe not. The advent of modern bartering and emergence of cooperative, gift, and sharing economies may be signs that there are other ways of doing business.

A geographic and historic sweep of the world may also show this. Take the Incas, a civilization that ran and prospered without money:

The Incas did use gold and silver … to worship the sun and moon. As for their economy, it relied on a structured ‘Mit’a’ system. The Mit’a required young males older than fifteen to provide physical labour to the state for a specified number of days. This ‘community service’ “built public buildings and palaces, as well as an extensive system of roads (14,000 miles in all), which linked the empire together and allowed for its ongoing expansion. In return, the government provided all the basic necessities of life; food, clothing, tools, housing, etc. No money changed hands.”

Metal, paper, crypto, plastic. Local, national, transnational, currencies. Loyalty points, frequent flyer miles, and coffee shop punch cards with rewards. There are as many kinds of money as there can be uses for it, and they can work complementarily in the same economy.

Whatever the future of money holds, that it has one is a certainty. And it will surely be as fascinating as its past, so stay tuned.

Please don’t be shy, say hi! Join our conversation. For comments, feedback and more, please contact us on [email protected]