The Example of Ghent


Rabot was a bustling industrial district of Ghent. When manufacturing jobs began to disappear, Rabot plunged into deprivation, deeply scarred by poverty, gang violence, and crime. Rather than expand its welfare programs, the City of Ghent issued a local currency called Torekes. Residents could earn Torekes by “volunteering” to help clean up the neighborhood and convert once industrial land into community gardens. They could spend their Torekes to rent personal plots of garden space to grow their own food. 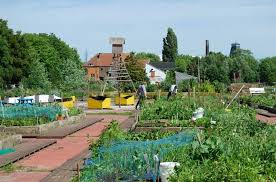 Within months, the district began to rebound. People connected. Gangs dissolved. Crime dropped. Local businesses began to thrive. GameChanger’s first board game was created to convey the inspiring transformation of Rabot. Since developing that board game, GameChangers has grown into a launching pad for learning about society, economics, civic engagement, and universal well-being.

For more information about Ghent, see this article, or watch the video below (not in English).